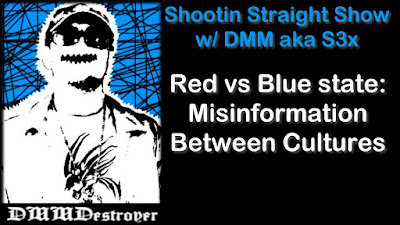 
If you haven't lived in both Red and Blue states, your political and overall view of life may be one sided.  You must gather information from both sides to always find the truth.  Individuals who dismiss the Left entirely, are missing information that is critical (such as Black Lives Matter being relevant to Baltimore, MD) and vice versa can be said about individuals to dismiss all Right issues (like the Second Amendment and how it does have a purpose).

In this video, I explain the points with examples such as Criminal Justice Reform, the North Dakota Oil Pipeline, and Black Lives Matter.


***All rights reserved to their respected owners***