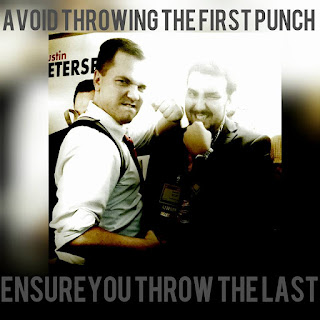 The year was 2003. We entered the Iraq War. NeoCon support by the general population was through the roof. All of the controversy between the day of 9/11 to the never ending "War on Terror" and the many years of war in Iraq.

It's 2017 and over 15 years has passed since the original attack. NeoCon support is at an all time low. I predict that they will be extinct within the next 10 years. The remaining will flock to the Democratic Party and form a "Super Party" between NeoCons and DemHawks.

People like myself, Millennials were able to deal severe blows to the NeoCon movement thanks to Ron Paul's rise to fame during the mid to late 2000's. Millennials were the last generation to get to taste what little Freedom we had, before the Bush Sr. and Clinton Presidency. We have been fighting back since.

Gen Z was born into the Police and Surveillance State, never knowing what it's like to NOT have everything you say or do, recorded. They have a desire for Liberty even stronger than Millennials do because of being born in oppression. The Patriot Act, NDAA, and other horrific measures that we have seen out of both the Bush and Obama eras.

The very sad reality about a majority of Baby Boomers is that they believe(d) the system actually represent(ed)s them. The Courts, the DemHawk and NeoCon Politicians they always voted for, the Militarized Police State, the Military Industrial Complex, the NDAA, the Patriot Act, and the list goes on and on and on and on.

For their entire lives, they voted willingly to allow their rights and lives to be taken away slowly each year of their voting years.

Liberty Millennials and Gen Z actually research on the internet, at times knowing more about details in history than their elders ever did. The Baby Boomers are a unique generation that they willingly refuse to learn new information and reject facts presented. They become angry at you when you point things out that they should have known years ago.


What a sad generation that will ultimately go to their resting places into the afterlife, willingly choosing not to learn anything new when the gift of free information and technology has made it possible for them to know all of the history of man, from a device in their pocket. What a sad generation that sent so many of their children to die in Globalist Banker Wars that weren't needed. The countless lives overseas that didn't have to die. The amount of wealth they allowed to be stolen from their children and grandchildren, willingly. The Civil Rights eroded by allowing the Militarized Police State and their Cronyist Politician instructors to run wild, unchecked. The countless medical patients that suffered without cannabis treatments. The sad generation that literally gave up on everything their parents and grandparents fought for.

I wish it couldn't have ended up this way. They'll have to answer for it on the other side.

The issue is, half of the Millennials went the wrong path and have embraced Socialism, despite the World's history showing time and time again that it doesn't work. Gen Z now watches videos online of Senior Citizen "Liberals" wailing in the street because of Trump's existence, throwing tantrums like their Grandchildren. They see Baby Boomers whining about Social Security and "Give me, Give me" mentality when they left nothing for their own kids. They see the Socialist Millennials acting like Domestic Terrorists, censoring Free Speech, assaulting people with different views and going as far as holding people hostage at College campuses.

Gen Z will fight stronger than any of us Millennials ever have, or will. They want Freedom and Liberty more than they want social acceptance and are not afraid of what people think of them. They grew up in this Mad Police State and they have been watched since birth. They don’t care what you think of them, they just want to be free and to be able to have a future. They look at facts vs status quo. They have had all of the information of man, in their hands since birth.

All we have to do is just stand together and survive the next 10 years until they are all of voting age and we will win. Bless Gen Z and the Liberty Millennials, you will/are saving not only your own future, but the world. Goodbye Globalist policies that involve the stealing of our Tax dollars for Overseas nonsense and wars. Goodbye oppressive taxation and regulations that have been killing the poor and small businesses since the early 20s. Goodbye Militarized Police State because all of your oppressive laws are getting thrown in the trash, forcing you to become Public Servants again instead of Revenue Collectors and Thugs for the State. Goodbye violations of the 4th Amendment and illegal spying on people. Goodbye fiat currency.

There are only two things that can end the inevitable transition of the United States to a land of Freedom and Opportunity again:

They kill the freedom on the internet

We get destroyed by a unified assault by the other Globalist countries, but only because our "leaders" go the "screw it, we lost, let's let them 'glass' us while we flee to our overseas hideouts because we're rich and can do that."

Don't think they're not willing to do either of those choices. We are supposed to be obedient tax slaves that can never rise to wealth and prosperity. The minute they think all is completely lost, they can gladly hop a plane to Germany and camp out with the others while Civil War or worse; Nuclear War rains down, here.

You reading, are just one person. You reading, can't fight the system head on. You reading however, are winning. The fact that you even see this post means we are winning the information war. Keep sharing, keep spreading knowledge. Keep breaking down and destroying the Mainstream Media and old Two-party system. It's far from over, but for us Millennials who had to sit through 16 years of Bush and Obama; we finally broke through. It wasn't because the Baby Boomers or College "Liberals" decided to look at the millions of facts you can find on the internet; it was because of the nowhere kids who had nothing left to lose.