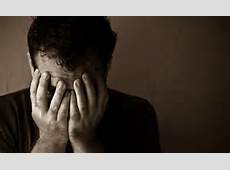 A time where talking about Communism or Socialism could cost you your job/career and have you Blacklisted from a lot of job places in society.

I didn't agree with that, as it was a censorship of freedom of speech.

It's currently a time where talking about Libertarianism, Conservatism, Small Government, or other "Right" ideologies cost you your job/career and Blacklist you in a lot of job places in society.

I don't agree with that, as it's a censorship of freedom of speech.

Why is it so difficult to be "in the middle" for the average person? For society?

If you live in a Blue state, you're going to have a great time if you're "Liberal." If you live in a Red state, you'll be doing well as a Republican. If you're Libertarian, you're accused of being one or the other depending on what crowd you're talking to. I'm really sick of it.

In 2007, I was threatened with Termination from my employment for being against the Iraq War and NSA Surveillance. Both of these topics today are socially acceptable. I was the top producer in our company at the time. How would this be a logical decision for the employer? There have been plenty of incidences since that time period. One should not have to live in fear of their employment for what personal beliefs they have.

What keeps the population from wanting to hear from all sides? Why does nobody ask "why?" Why does society willingly ignore what the reasons are behind someone's beliefs? Have they ever thought there's a reason why they have the conclusions that they do? How is it so difficult to find middle ground?

Wanting the following does not make you Republican:
> No Restrictions on any of the Bill of Rights
> Low Taxation
> Strong National Defense and Security
> Using All Affordable Energy
> Less and No Burdening Regulations
> Solid International Trade Deals
> Free Market
> Small Government

There needs to be an end to Political Discrimination in the workplace and workforce. Your Political beliefs should have zero impact on your job as long as you're doing your job well. If someone refuses to work with you because of your political beliefs when you're capable of doing the job, that's Bigotry. This has run wild in this country and it has to end.

End this censorship and discrimination.
Be a leader and take a stand against Bigotry in the workplace.

David Malekar is an Independent Associate Editor for The Liberty Chronicle Independent, Civil Rights Activist and various other causes.