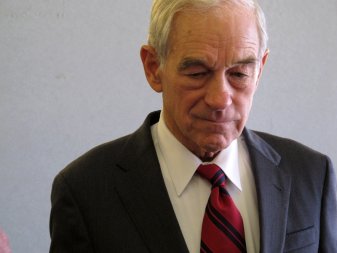 The Bitter Pill Libertarians must swallow to get Elected:

Unless you are very rich and/or already are a known celebrity in your area of position you're running for (President - Nationally known, Governor - State Wide known, House of Reps - District Wide known), you're going to have a VERY hard time.

It's not that your messaging is wrong, Libertarians have a solid message to stand on. It's simply a matter to the average person of being "known." Good publicity, bad publicity, doesn't matter. What matters is that you're already known.

One way to do this is to just keep running over and over again for the same position. Works, but can take you 12 years before you're elected.

Start from the bottom and work your way up. City Council, local positions within your city, etc. You develop credibility and can demonstrate success. You gain attention. You climb the ladder.
The average voter gets annoyed with libertarians because A) No idea who they are because they don't check up on politics but a few times a year B) Don't like that they don't have prior office experience

Would Bill Gates hire you as a CEO for Microsoft for being Libertarian, or because you were a Board Director for ExxonMobil? Trump is doing the same thing at this moment with his cabinet. He's hiring people with years of experience in their fields. We may not like the picks, but he's looking at it from a business perspective. This is the same way the voters are going to think. They need to already know who you are, or know that you have a proven track record. Let's keep growing up and learning, folks.

David Malekar is an Independent Associate Editor for The Liberty Chronicle Independent, Civil Rights Activist and various other causes.